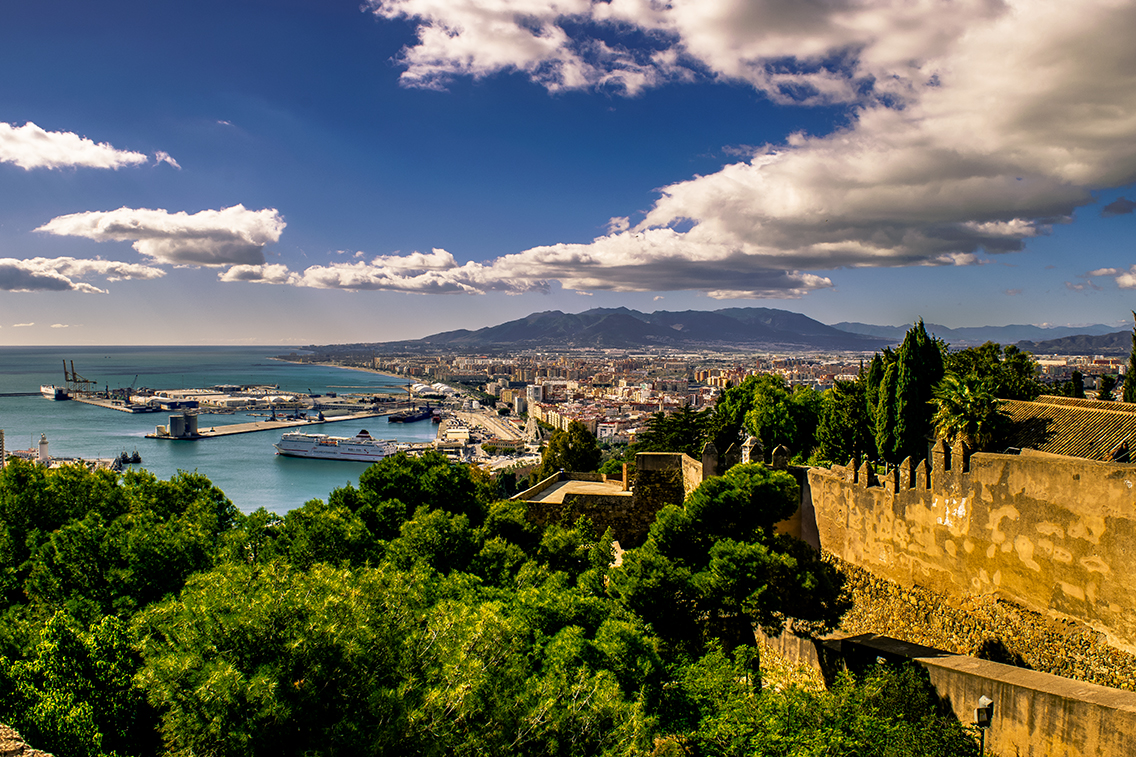 The magnificent Gibralfaro castle is one of the stand-out emblems of Malaga. Not only does it appear on both the city and province’s seal and flag, but it dominates the Malaga skyline too.

The hill on which the Gibralfaro is located forms part of the Montes de Málaga mountain range.

With some parts dating back to the 10th century, this is the newer (and higher) of the city’s two Moorish fortresses – the other being the Alcazaba. It was built to house troops and protect the Alcazaba.

The castle is famous for the three-month siege in the summer of 1487 by the Catholic monarchs, Ferdinand and Isabella, after which Ferdinand occupied the site, while his queen took up residence in the town.

For a time, it was considered the most impregnable fortress on the Iberian peninsula. It has two lines of walls and eight towers.

Nowadays, the fantastically-preserved ramparts, buildings and courtyards can all be visited, while a walk around the walls gives a fantastic view over the mountains, the city and the port.

The Gibralfaro castle is divided into two parts. The upper part has the main courtyard and houses the Interpretation Centre (where you can discover the history of the castle), the main tower (Torre Mayor), the Phoenician well and baths. The lower part, which housed troop barracks and stables, also has the Torre Blanca watchtower.

Be warned – if you are unfit or temperatures are high, a bus or taxi are advised. Otherwise, you can walk to the summit.

There are three main ways to get there:

Opening hours vary according to the season. You can consult them, as well as prices, here.