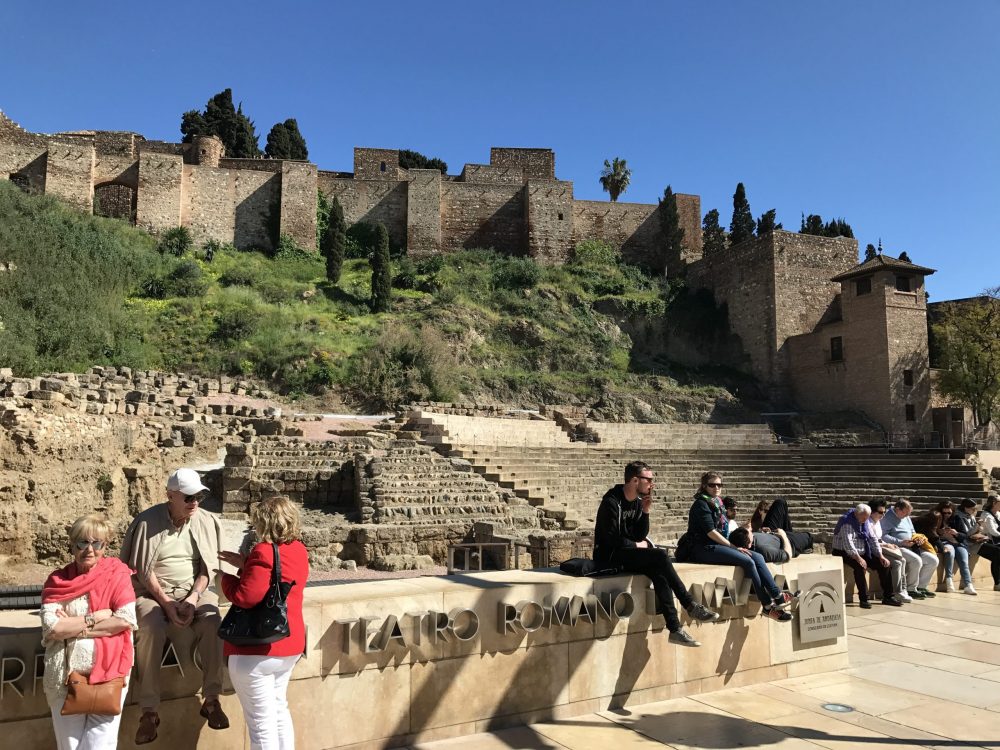 Located at the foot of the Alcazaba on the ornate Calle Alcazabilla, are the remains of Malaga’s Roman Theatre (teatro romano).

Dating from the early years of the Roman Empire, like Ancient Greek theatres its design makes use of the hillside for the tiered seating.

A large part of the seating remains, as does the orchestra area, decorated with large marble slabs.

The theatre was only rediscovered in 1951 during work to create a new garden area. It was initially thought that the ruins formed part of the old city wall, but it soon became clear that it was the Aditus Maximus of a theatre building from the Roman period.

The ruins continued beneath the building known at the time as the Casa de la Cultura – home to archives, a library and a museum.

After many years of research and debate, the decision was eventually taken in the 1990s to demolish the Casa de la Cultura, excavate the entire site and subsequently restore the Roman Theatre.

Nowadays, you can visit it, passing through the centro de interpretación (next to the Albéniz cinema) which gives an introduction to the Romans in general, as well as the theatre itself through audiovisuals and original pieces recovered from the excavations.