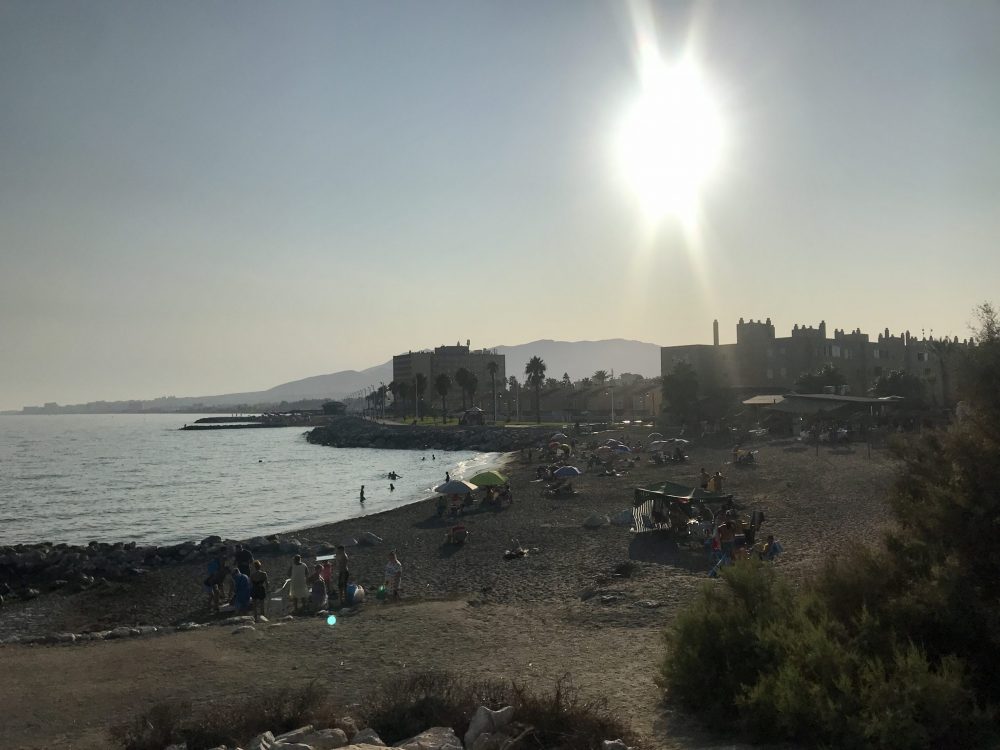 Guadalmar Beach is located on the far western side of Malaga city, between the Guadalmar estate and golf course and the Guadalhorce river estuary.

For this reason this is a protected area of high environmental value, inhabited by a number of species of birds migrating between Europe and Africa.

Guadalmar beach is most well-known, however, for being the only authorised nudist beach in Malaga city. The area of the beach located at the foot of the golf course is designated for naturists only, while the area of bushes and trees surrounding the car park is known as a popular cruising spot for the LGBT community.

During the summer months, you can rent sun loungers and sun shades, as well as participate in watersports.

The beach itself is 400 metres long and 30 metres wide but it doesn’t have a promenade, so if you’re using it as a transit route to get to Torremolinos, expect to be walking through sand the whole time!

Guadalmar is some distance from the city centre (which is why it attracts few tourists), but it can be reached by the number 5 bus. Get off at the Hotel Guadalmar and you can walk for five minutes to your destination.

It’s also not too far from the Plaza Mayor shopping centre.