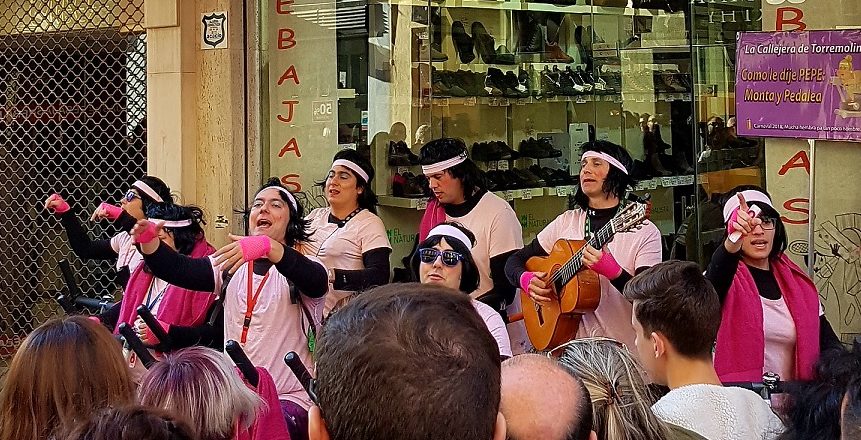 After the Christmas and Kings’ festivities are out of the way, we have to wait until around mid-February for the next big party of the year in Malaga. That said, it’s a big one.

Like in many towns and cities across Spain, the Carnaval de Málaga is a big deal – a week-long celebration filled with music and colour.

Much like Holy Week, the date of the carnival changes every year. In this case, it falls on the week before the start of Lent.

This extravagant celebration of Spanish life and culture has enthusiasts preparing for months. There are a number of competitions that are organised which see groups of performers (‘comparsas’) fight to be declared the winner.

These musical, theatrical or comedic performances are typically very colourful and can be satirical interpretations of current affairs, typically mocking the government of the day or the Church.

The competition actually begins weeks before, with those who progress battling it out in the Grand Final which takes place on the first Friday of Carnival, hosted at the Cervantes Theatre.

After the competition, the singing groups spread out in the streets of Malaga, where they can be found all week impressing the crowds with their ostentatious outfits and humorous lyrics.

While the carnival atmosphere can be felt all week, most of the main events occur on the two weekends. Some of the highlights include the childrens’ parade and the Drag Queen Gala, with Plaza de la Constitución the centre of the action.

Burial of the anchovy

Carnival in Malaga comes to an end with the famous Entierro del Boquerón parade. This is a mock funeral procession with pallbearers carrying a large model of an anchovy from Calle Larios to La Malagueta beach.

This fish, which is one of the main symbols of Malaga, is decorated differently each year, again in a topical manner. Once at the beach, fireworks are set off while the anchovy is being buried at the shore.

The 2022 edition of the Carnaval de Málaga takes place from 26 February to 6 March.

For more information and a timetable of events, visit www.carnavaldemalaga.es.