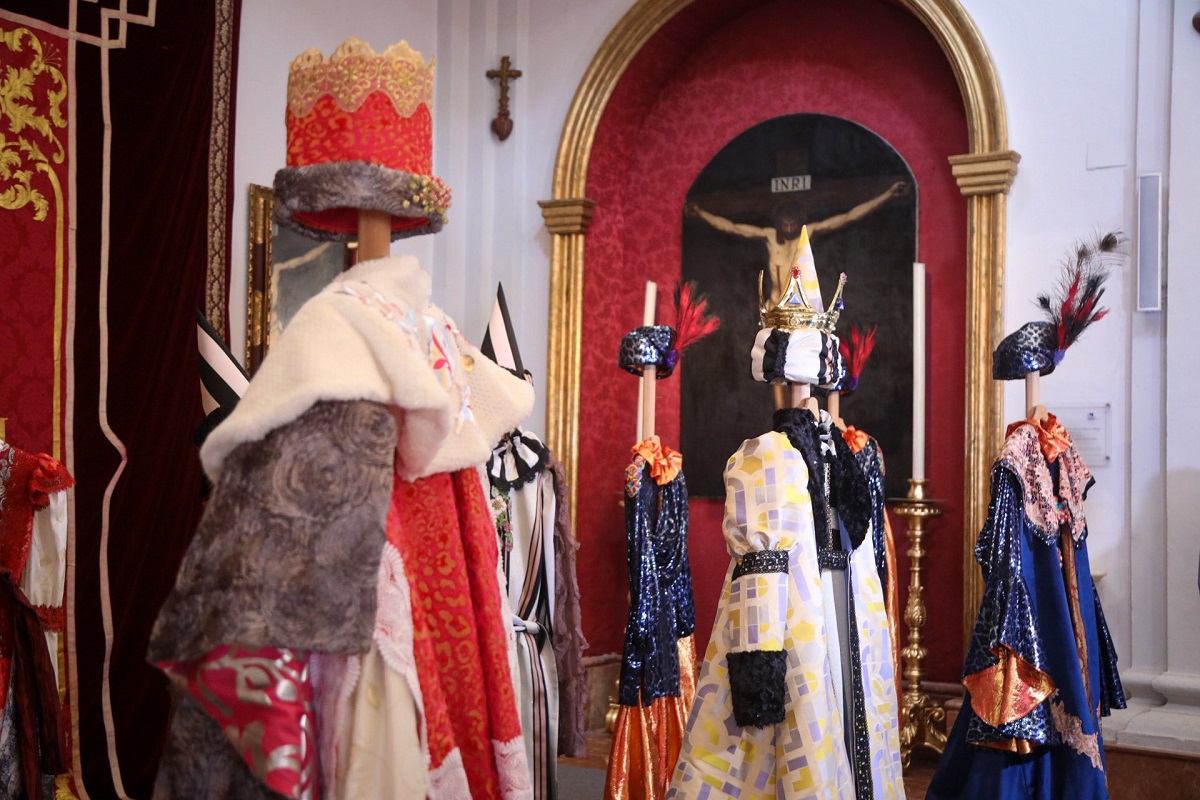 The Christmas festivities in Spain don’t officially come to a close until January 6th when Los Reyes Magos (the Three Kings or Wise Men) come from the East bearing gifts.

It’s a national holiday in Spain (yes, another!) and is definitely the most popular among children as this is when they receive their holiday gifts.

Although many families will also now give gifts on Christmas Day, Día de Reyes is when the biggest, most-anticipated presents arrive.

Across the country, towns and cities host their very own ‘cabalgata’ (cavalcade) on the evening before, January 5th. This is a procession of the Three Kings through the streets on a series of decorative floats, throwing tens of thousands of sweets out to the children who collect them with the help of upturned umbrellas.

In Malaga city, this majestic and very colourful procession leaves from the Alcazaba before heading to the city hall. There, Melchior, Gaspar and Baltasar appear on the balcony and have a letter read to them on behalf of all of the city’s children. 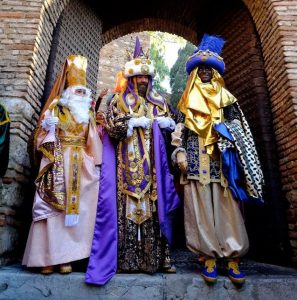 On leaving the City Hall, the Kings will then board their individual floats and proceed on their route through the city’s streets, accompanied by various other floats.

The route starts on the Paseo del Parque and heads west down the Alameda before crossing the river over the Puente de Tetuán. It then loops back at El Corte Inglés, returning to the eastern side of the Guadalmedina by crossing the Puente de la Esperanza.

From there, the cavalcade will pass Atarazanas market, before rejoining the Alameda and heading in the direction of Plaza de la Marina.

Here, the Three Kings will get off their floats before going on foot to the Cathedral where they will make offerings to the Baby Jesus at the living Nativity scene.

After this, they will return to their floats before heading back to the City Hall.

Who are the Three Kings?

Traditionally, the Magi are ‘played’ by local celebrities, whether members of the press, politicians or artists. As you can probably already tell from the photo, this isn’t always the most PC occasion, with Baltasar, generally speaking, ‘blacked up’.

The 2023 cabalgata gets under way at 5.30pm, with the Three Kings expected to arrive at the City Hall at 6pm.

Further information about the route and timings can be found here (in Spanish).