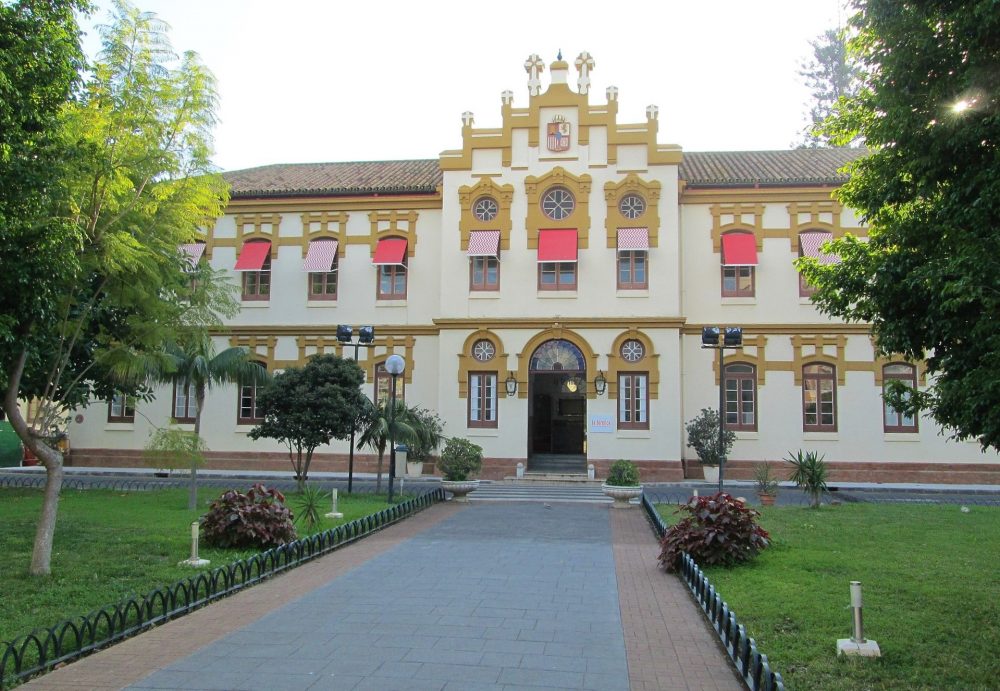 La Térmica describes itself as “a centre for contemporary cultural creation and production”.

This means that it accommodates all forms of artistic expression, from the performing arts to fashion, cinema, plastic arts, music, design, architecture, urban planning, landscaping and thought.

As it is managed by the Diputación provincial government, La Térmica also offers a programme of residencies, workshops, training and support for creators and entrepreneurs, providing the economic, technical and human resources necessary to guarantee the professional growth of the participants.

The function of this building, located in the Los Guindos neighbourhood of the city, has always been to welcome people.

When it was first designed by Juan Nepomuceno Ávila, the intention was for it to be a convent. However, after construction was delayed by the war with Morocco, it then became a hospital and recovery centre.

After that it became a refuge for needy children in the area, later with an educational focus and a number of workshops. The most noteworthy was the printing workshop, which was responsible for many decades for the publication of the Boletín Oficial de la Provincia (Official Gazette of the Province). It helped to train dozens of young people in the graphic arts.

In June 1987, the Diputación converted the building into a Civic Centre for various uses, before becoming the headquarters of La Térmica from 18 January 2013.

Since then it has been a space for cultural creation in which workshops, art exhibitions, street markets, concerts, courses, conferences, etc. are held.

Click here to see the programme of exhibitions on show, or here if you’re interested in taking part in a workshop or talk (mostly in Spanish).