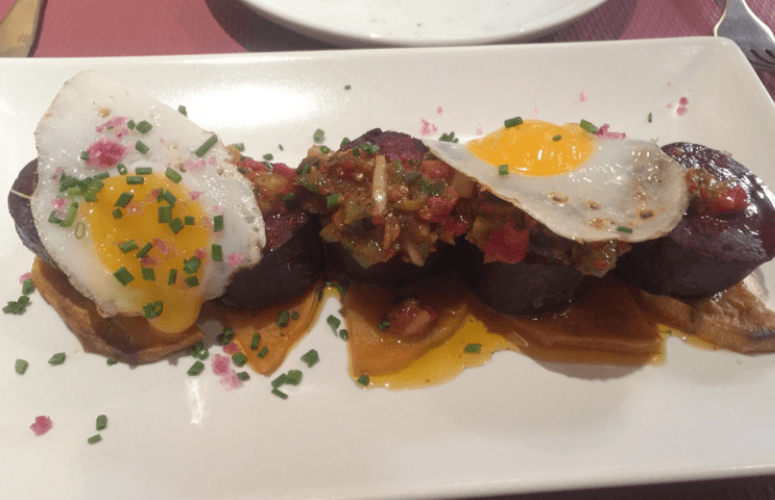 El Tapeo de Cervantes, named after its proximity to the theatre of the same name, is a mainstay on the Malaga culinary scene.

It’s the original of what is now a group of Argentinian-run restaurants, which includes El Mesón de Cervantes and El Descorche de Cervantes, both around the corner.

Unlike those two dining rooms, at El Tapeo, as the name suggests, it’s all about sharing tapas in this much smaller, more informal bar.

Enjoy traditional Spanish food with an exciting twist, as well as more than just a few nods to Argentina and its cuisine.

There is also a great selection of wines and vegetarian and gluten-free options.

If you’d like to make a reservation, you can do so online here.