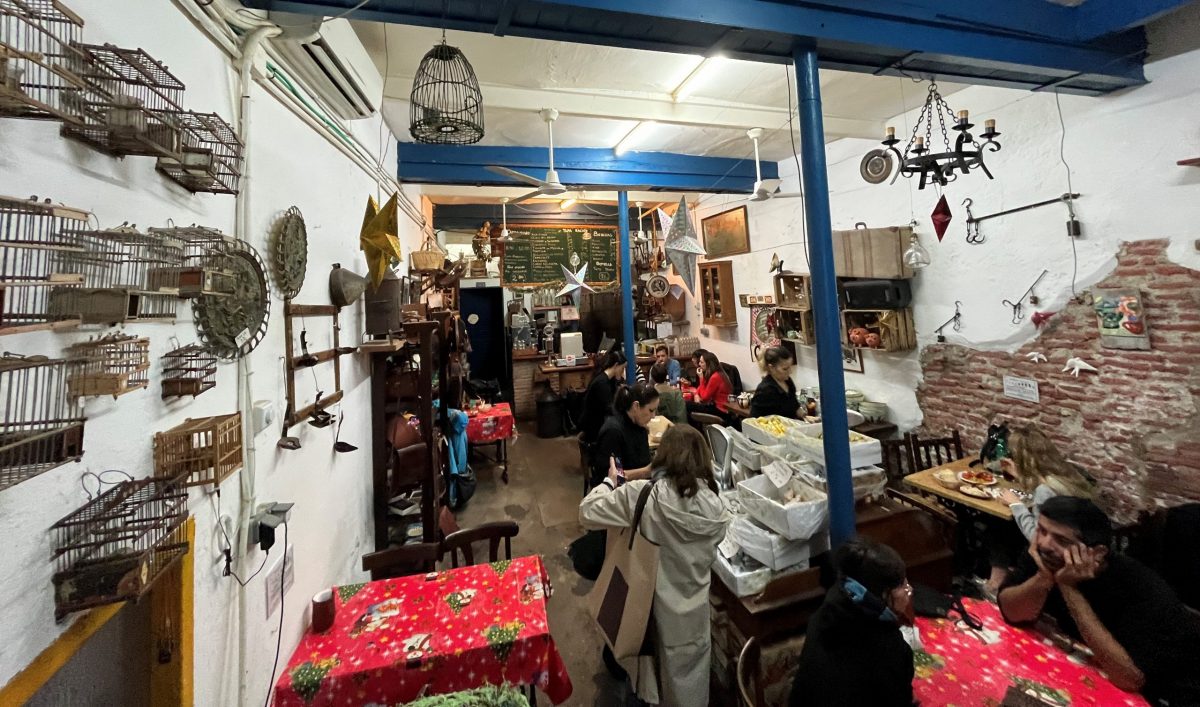 La Recova is pretty hard to define. Even when you’re stood right outside, looking at it.

The sign says it’s a café… and yet there are pots, pans, crockery and other peculiar items (a bicycle, a record player and bird cages!) for sale in and around the doorway.

The truth is, it’s an eclectic mix between a café and a homeware store with products all sourced from in and around Malaga province. 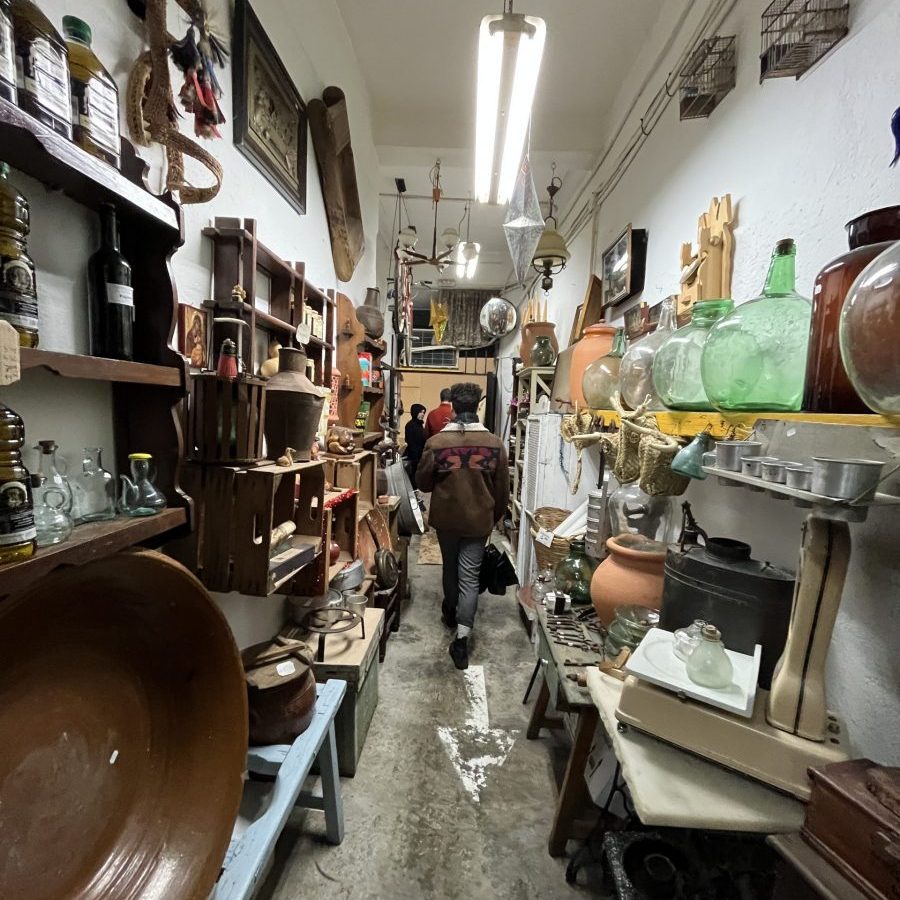 Even though it’s tucked away in a small back alley, there is quite often a queue here in the morning. This is because their breakfasts (until midday) are incredibly popular.

“It’s the same for everyone,” the waitress says. A cup of coffee comes with a single slice of toasted bread and a selection of jams, preserves and spreads, including zurrapa, sobrasada or tomato purée – all home made.

For a little bit extra, you can get an additional slice of toast or fresh juice. 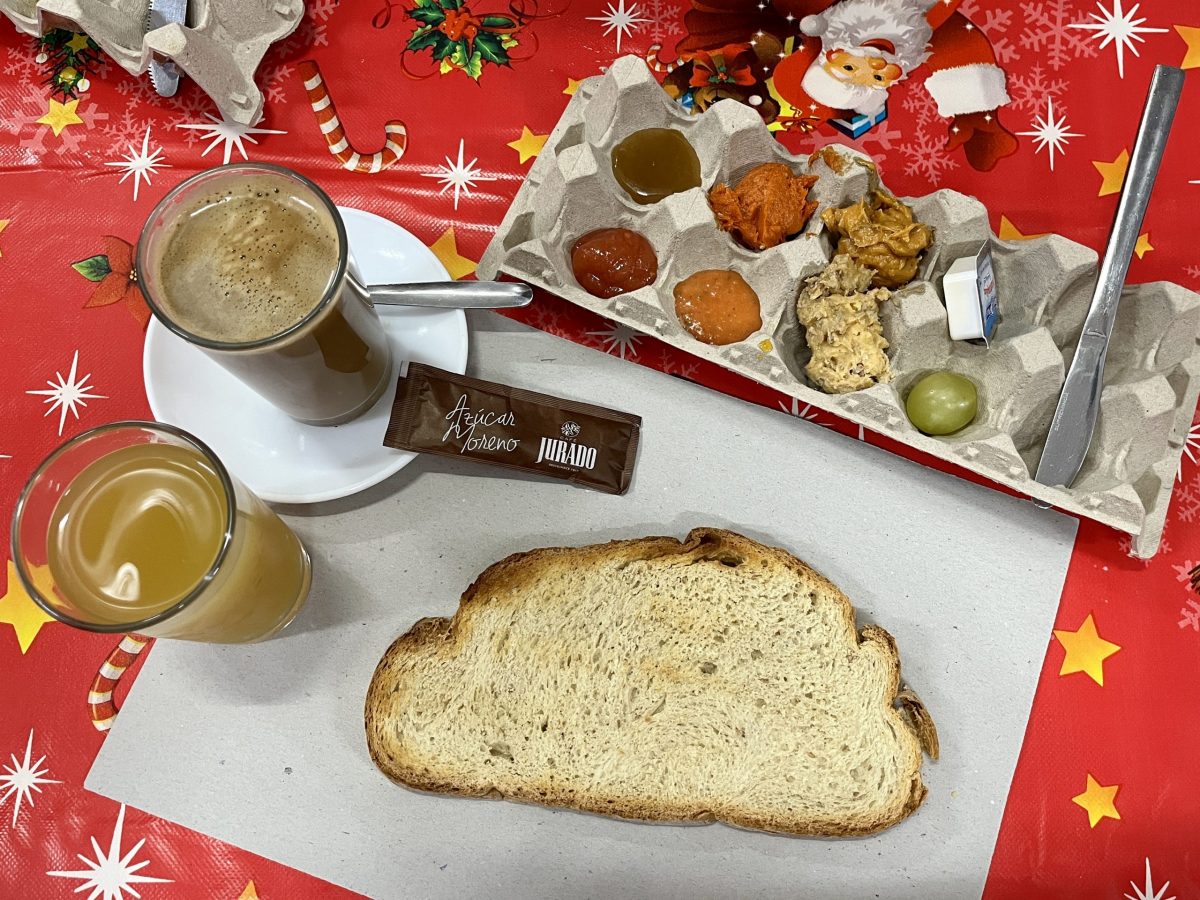 After midday, a range of tasty tapas and sharing plates, typical of the area (such as tortilla de patatas, anchovies in vinegar, Russian salad…) are served.

Before leaving, be sure to check out some of the food products for sale. A bottle of locally made vermouth or olive oil, perhaps?