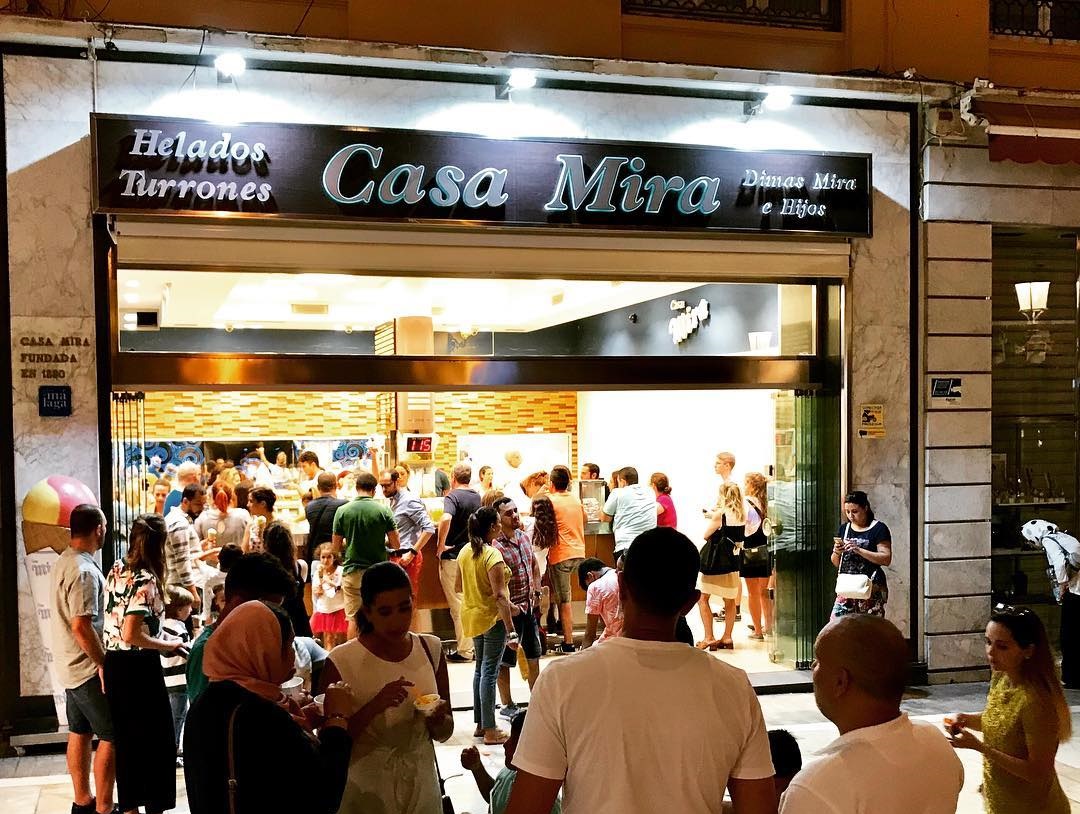 Casa Mira is big, and for a good reason!

On a hot day, and often into the early hours of the morning, this place is packed full of people looking for a sweet cool-me-down.

One reason is the vast range of tasty flavours, but the other is that Casa Mira is a Malaga institution, cooling people down in hot Andalusian summers since 1880.

Grab your ticket, choose your flavour(s), get your ice cream or milkshake, and go and sit on one of the benches on either Calle Larios or Plaza de la Constitución and do some people watching. Bliss!

The original parlour was on Calle Nueva, but the most central now is on Calle Larios itself. There are four others elsewhere in the city: one close to the Cathedral, another in the Entorno Thyssen, one in the La Victoria neighbourhood, and another out to the west of the city in Carranque.

Tip: You can also take Casa Mira home with you. Order a litre of your favourite flavours and put it in your freezer!