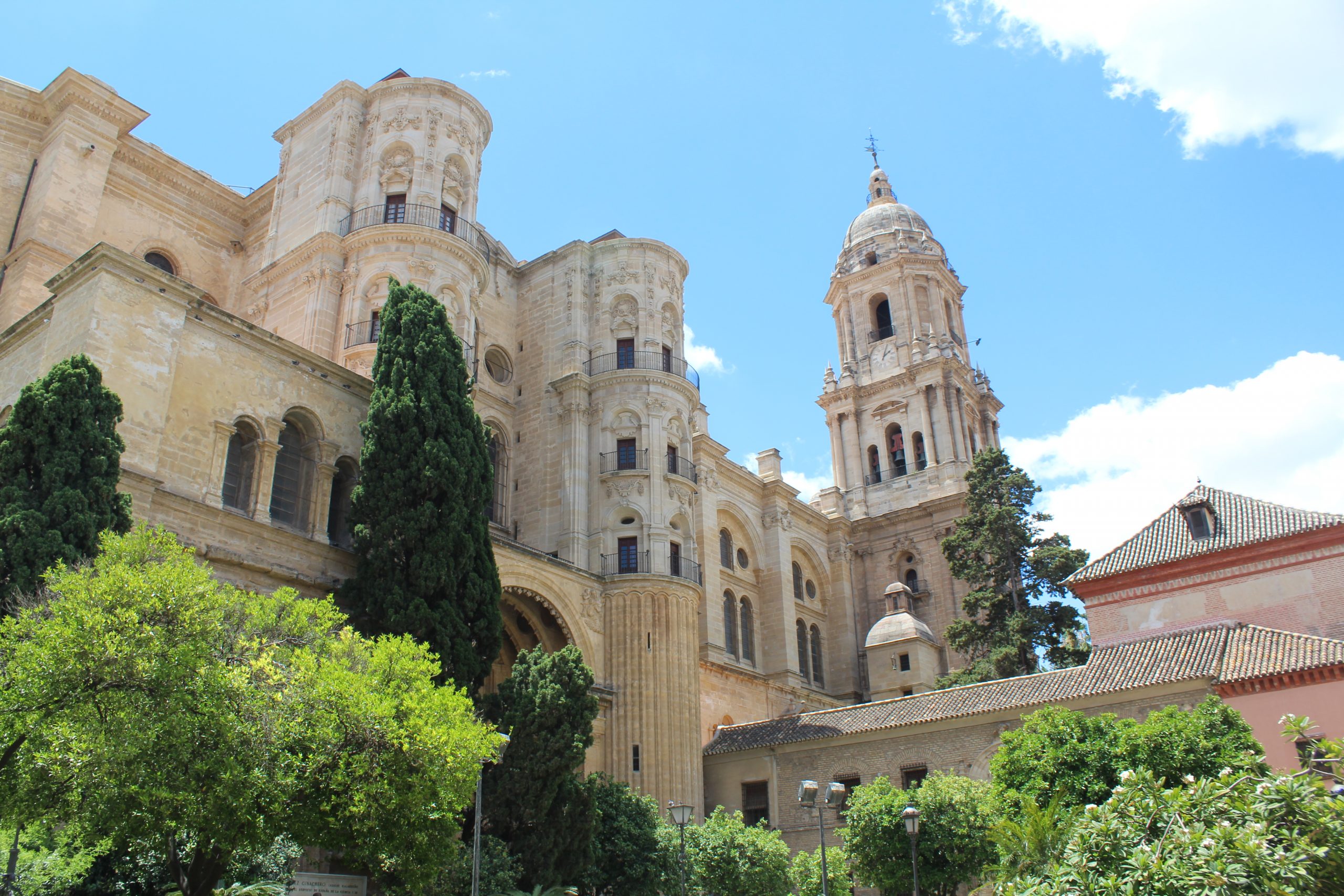 Malaga Cathedral, officially called the Santa Iglesia Catedral Basílica de la Encarnación, is synonymous with the city, not only because it is visible from practically anywhere, but because of its main distinguishing feature – its single tower. For this reason, the cathedral is colloquially known as La Manquita (one-armed lady).

There are many stories as to why the second tower was never built, the most popular of which is probably that the money was used instead to fight the British in the American War of Independence. However, the reality is a bit more boring. The port taxes which were going to be used to finish the cathedral were instead used to repair and improve the roads to Vélez-Málaga and Antequera and to bring water to the city via the San Telmo aqueduct. 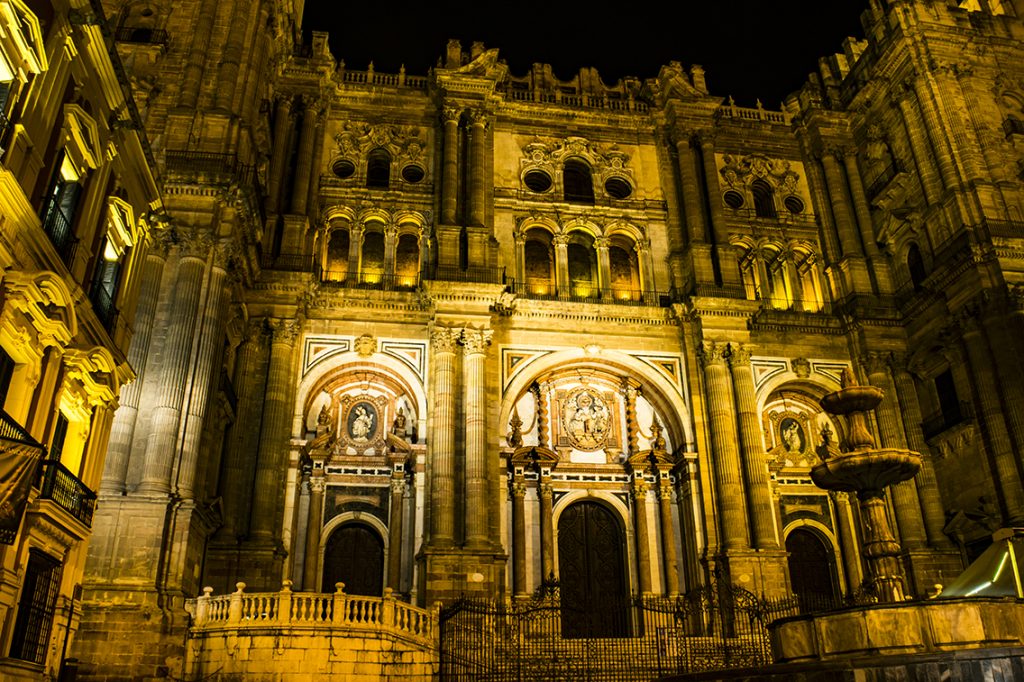 A few days after conquering the city in 1487, Catholic Monarchs Isabella and Ferdinand ordered the construction of a Christian temple on the site of what once was the Almohad mosque. The construction process began in 1525 and was eventually completed, albeit unfinished, in 1782.

The cathedral is a synthesis of architectural styles. The original Gothic-style designs evolved into a Renaissance project, following the plans drawn up by Diego de Siloé. However, by the beginning of the 18th century, Baroque elements were added. As a result, the ‘end’ product has a Baroque façade, with a Renaissance interior replete with Gothic elements.

Interestingly, until 2012, the tower of Malaga Cathedral, at 84 metres, remained the second tallest structure in Andalucía, after La Giralda in Seville.

Outside of mass time (top tip!!), you have to pay to visit Malaga Cathedral. Details of opening hours and prices can be found here.

Feeling adventurous? You can also take a unique walk on the roof of the cathedral, with panoramic views of the city, by climbing the tower. Tickets can be bought online but are also available or from the Palacio Episcopal (Bishop’s palace), the big red and yellow building in front of the cathedral.

If it’s too hot for a climb, a stroll along Calle Santa María into Calle Císter is a nice and scenic escape from the heat. Take a stop-off in the beautiful ornate gardens, complete with small fountains, in the cathedral grounds and take a breather.