October 12th marks the Fiesta Nacional of Spain, a national holiday that commemorates the exact date when Christopher Columbus first set foot in the Americas in 1492.

Previously known as Día de la Hispanidad (or Hispanic Day), this is one of Spain’s two biggest national holidays (along with Constitution Day on December 6th) and events are broadcast on national television and radio.

In Madrid, the King of Spain supervises the raising of the national flag and presides over the massive military parade – a key part of the celebrations each year.

It’s a ceremony in which the prime minister also plays a key role, along with representatives from all of Spain’s military units, and a wide array of authorities.

One of the highlights is a spectacular aerobatics display performed by the Spanish Air Force.

The holiday is also known as the Día del Pilar, as Roman Catholics commemorate the day of Our Lady of the Pillar, who is the patron of the Spanish Guardia Civil and of the Hispanic world.

Outside of Madrid, however, October 12th is not widely or enthusiastically celebrated in Spain. Except for in regional capitals, there are no other large-scale patriotic parades or marches.

Malaga typically celebrates Hispanic Day with a military procession and a programme of performances and cultural activities held in the Parque de Huelin, with small gatherings also occurring in the historic centre, namely in Plaza de la Constitución.

“A celebration of a genocide” 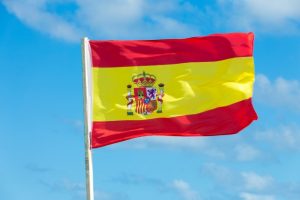 In some Latin American countries, the name has been modified to take the emphasis off the “discovery” that some see as a genocide.

October 12th is known as Day of the Cultures in Costa Rica, Day of the Race in Argentina, Chile and Mexico, and the Day of Indigenous Resistance in Venezuela.

The USA celebrates Columbus Day on the second Monday of October, but several US states do not recognise the day at all. Others have replaced Columbus Day, which became a public holiday in the US in 1937, with Indigenous Peoples Day, a counter-celebration commemorating the history of Native American peoples.

Connections to the far right

Critics of Hispanic Day have argued that the holiday should be banned across Spain on the grounds that former dictator, General Francisco Franco, favoured the day as a way to extol the values of his dictatorship.

What’s more, in recent times extreme-right party Vox has used the day to organise large-scale gatherings to express its “pride” in being Spanish.