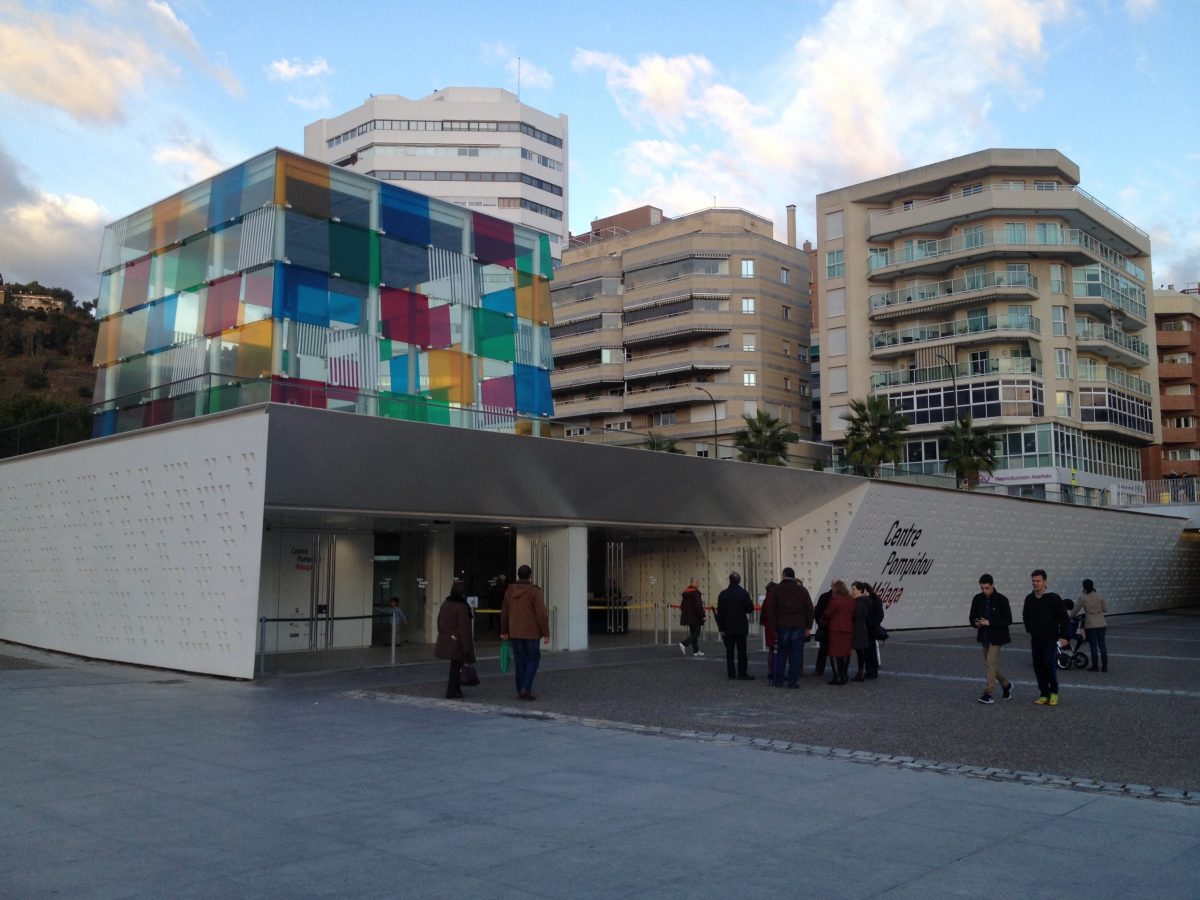 The jewel in the crown of Malaga’s cultural scene. This is the first “pop-up” of the Paris-based cultural centre, the Centre Pompidou, to be based outside France.

Focused on contemporary art, the Centre Pompidou Malaga is located in the Muelle Uno complex, a space dedicated to high-quality leisure, where the gallery first opened its doors to the public in March 2015.

The ‘Cube’, a multicoloured glass box, adorns the top of the gallery converting it into one of the city’s most iconic buildings.

Since its opening, attended by then Prime Minister Mariano Rajoy, it has hosted a number of temporary exhibitions featuring artists of international renown, such as Joan Mirò with his ‘Obras Sobre Papel 1960-1978’.

Centre Pompidou Malaga presents two or three themed or monographic temporary exhibitions each year around themes such as photography, design, architecture and video.

These feature alongside the permanent exhibition centring around the human form which includes works by Pablo Picasso, Francis Bacon, Frida Kahlo, René Magritte and Alberto Giacometti.

Follow the links for details about prices and opening hours.