Anyone who has been in Andalucía will have heard about the Feria de Málaga – the largest summer fair in southern Europe.

This week-long party, which happens in the middle of August, brings normal city life to a stand-still.

If you need to run errands, forget it. A five-minute walk will become 45 minutes, and when you get there, chances are it will be closed.

In 2022, this week of fun begins on Friday night, 12 August, at both La Malagueta and Huelin beach where there will be a firework and pyrotechnic display just before midnight.

On Saturday 13 August, the fair begins in earnest and is officially opened by the ‘pregón’ of the fair, normally a local artist or a writer from Malaga (in this case singer-songwriter María Pelaé), who will deliver a speech on the fairground at 9.30pm before officially declaring the party started! 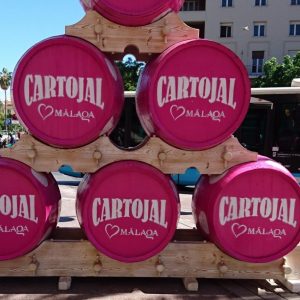 During the following week, until Saturday 20 August, the fair becomes divided between the day and night ferias.

Calle Larios and Plaza de la Constitución become the focal point of all daytime activities with a large tent set up in the middle of the square, selling beer and, of course, Cartojal wine.

This sweet wine is the official drink of the fair and you won’t have to go far to get your hands on a (plastic) bottle of the stuff. Doorways and windows throughout the city suddenly become unofficial outlets, with everyone keen to get in on a bit of business.

Almost every square in the historic centre hosts live music of various styles. There are also ‘pandas’ (singing and dancing troupes), dressed in typically Andalusian attire, playing traditional music such as ‘verdiales’, ‘sevillanas’ and flamenco. 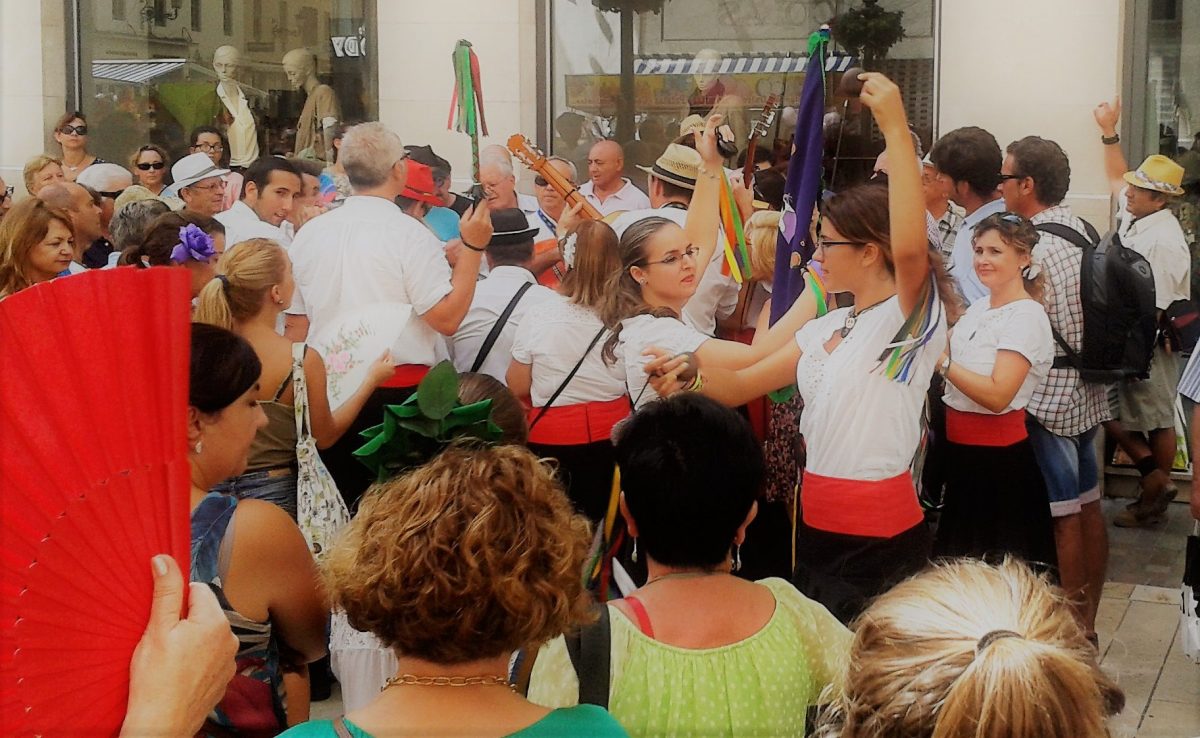 This more family-orientated part of the fair finishes at 6pm at which point everyone moves to the fairground in the outskirts of the city, whether by bus from Alameda or on the Cercanías trains (nearest stop Victoria Kent).

The atmosphere changes a lot because there are more young people, attracted by the fairground rides and the cheap alcohol. Alongside the rides, there are around 200 ‘casetas’ (bars run by various different businesses and associations), offering a multitude of entertainment, including nightclubs.

It is a strange mix but every night, without fail, the people get drunk until sunrise, before coming back the next night.

Malaga Fair not for the faint of heart, but it forms an integral part of the calendar and the cultural offering of the city.

If you live in the city centre and you’re not a fan of large-scale gatherings (and litter!), it’s best to book your holidays away well in advance! But if you are, make the most of the national holiday on Monday 15 and the local holiday on Friday 19 August and party away!

You can view the full programme for the 2022 Feria de Málaga, including the horse shows and bullfighting here.