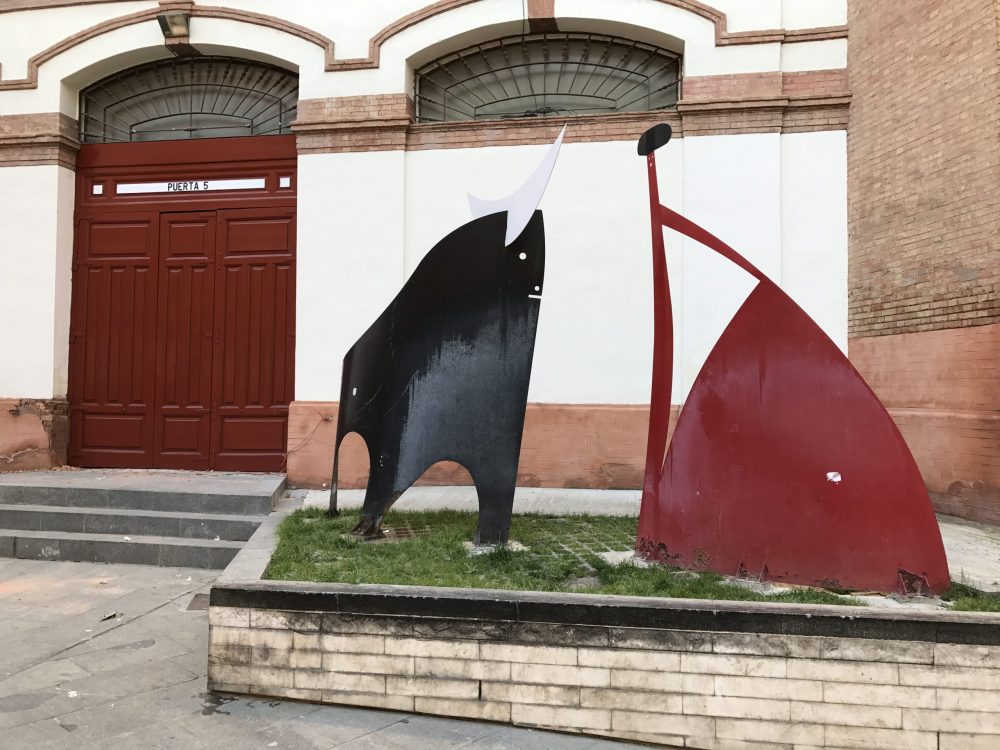 La Malagueta bullring may be one of the most emblematic buildings in Malaga, but it’s not actually all that old. It was officially opened to the public on 11 June 1876 with a fight involving the legendary Rafael Molina “Lagartijo”.

The building itself was designed in neo-Mudéjar style by Joaquín Rucoba – the man also responsible for the Mercado Central de Atarazanas.

It was the seventh to be built in the city and was declared a Historic Artistic Monument in 1976.

The bullring is hexadecagonal in shape (16 sides), as can be seen from the Mirador de Gibralfaro, and is 52 metres in diameter.

With the general decline in the popularity of bullfighting in Malaga, few bullfights take place during the year. That said, it’s still active and in August it hosts the annual Feria Taurina (bullfighting fair).

At Eastertime there is also the ‘Picassian’ bullfight in which bullfighters wear costumes inspired by the art of the Malaga-born painter.

If you want to find out all about the controversial world of bullfighting, you can do so at Malaga’s Museo Taurino Antonio Ordóñez.

The bullfighting museum opened in the La Malagueta bullring in 1999 and boasts three rooms and an area of 225 square metres.

Discover the history and significance of bulls in Spain through a collection of stunning costumes and capes, as well as photographs that captured legendary moments in the ring.

The collection is completed by various sculptures and iconic bullfighting posters.

Note: Before visiting, however, do check that the museum is in fact open.